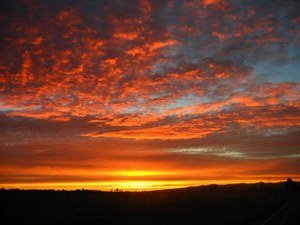 Back in September, I was busy making my doctor appointments for my annual visit. I had scheduled my doctor’s visit around October 7 or 8. And I thought–wouldn’t it be great if I could get my eye visit the same day. So I asked about it. No, they told me. They had no appointment available at that time. The earliest appointment I could get was 8:40 A.M., November 28th!

The day after Thanksgiving!

I wasn’t too happy about having an eye appointment the day after Thanksgiving. After all, Howard and I planned to go to the Cracker Barrel and have a feast on the holiday, etc.  It would be nice to spend Friday at home. Plus, Howard had some errands planned for Friday.  However, after learning the next available eye appointment was late January or early February, I went ahead and took the 28th. I wanted to get it out of the way because it had been four years since my last exam.

Howard became ill that day. He actually became ill the day before when his stomach started hurting. By yesterday, the pain settled on his lower left side. We cancelled our plans for the Cracker Barrel, and I fixed a dish here at home. In short, we didn’t go anywhere. And by evening, he was still in pain.

When he woke up with the pain yesterday morning, he decided to do something about it. After all, I had an eye appointment at Kaiser. He would try to schedule an appointment for himself with his own doctor. And he was able to secure that appointment. By 8:15, we were on our way up the road to Kaiser.

My eye appointment took about an hour. Yes, my eyes had changed a bit and no, they hadn’t changed too greatly. I have cataracts on both eyes, but they haven’t reached the point as yet where they require surgery. They dilated my pupils, so I was seeing double for a while. I left the eye department and headed up to the 4th floor where the primary physicians are located. I sat down in the waiting area and waited.

Presently, I heard the door open and saw Howard. He had been diagnosed with diverticulosis. The doctor prescribed medications for him, so we had to stop at the pharmacy before leaving the building. Then we had to stop at the store because Howard needs to follow a liquid diet until he feels better. Of course, I spotted a poinsettia at the store and returned home with it. Fast forward to later yesterday afternoon.

All things happen for a reason.  And that reason is apparent here!

One thought on “An Unexpected Blessing”