Perhaps I should explain!

Over twenty years ago, I began researching my mother’s SPENCE line. It took me a while getting started. I could go back to my second great grandfather, William David Spence (1827-1907)–information my grandmother provided me years before when I first started asking questions.

“Where was William David born?” I asked my grandfather, William Franklin Spence (1884-1973), one summer when I was spending a week with them.

“He was born in Kentucky!” he stated emphatically.

And so twenty years ago, I began my year long search for the non-existent William David Spence in Kentucky! A trip to the National Archives quickly exchanged Kentucky for Tennessee, and also provided me with the names of William David’s parents: Samuel Spence (1800-1859) and Elizabeth Inman (1808-1872), and their late 1830s move from Perry County, Tennessee to Jasper County, Missouri.

My search for my Spence ancestors took me from Jasper County, Missouri to Perry County, Tennessee to Pasquotank and Camden, North Carolina to Maryland’s Eastern Shore to Scotland. Over the seven-year-period I spent summers in Pennsylvania, I went to a number of Eastern and Southern State Archives (Maryland, Virginia and North Carolina.) I have two large archive envelopes full of documents obtained from those wonderful places. In addition, I spent two full summers reading the old Jasper County, Missouri newspaper microfilm via Inter-Library Loan. I would get two films at a time that I could keep for a two-week period. When the Jasper County library received the films, they sent me two additional rolls for another two-week review. I read those at our local library.

And then my project ended.

My genealogical high came to an end around 2000 since my teaching load increased at that time. My load remained heavy until 2009 when I retired. Sadly, I put my genealogical efforts on hold until after retirement. And now–three books later–I decided to reconnect with the Spence line. But first, I needed to update my tree!

Interesting how information can suddenly change when you are away from a project for a while. My data was in shambles! I realized that I needed to start all over again and completely redo eveything I considered settled years ago. I retrieved the material received from the various Archives, notes I accumulated over the years and anything else I could put my hands on. In the end, my Truman line was exchanged for the Booths, and I exchanged Alexander Spence (1669-1734) and Dorothy Truman (1674-1734) for Alexander’s brother, James Spence (1674-1740) and Esther Booth (1674-1715) as my seventh great grandparents! Of course, such a change caused a chain reaction through James and Esther’s children down to my fifth great grandfather, William Edward Spence (1722-1785). The chief problem in all the confusion is the name JAMES SPENCE and the number of different families in which the same James Spence appears! I ended up going through all of them and hopefully placing them where they really belong. This has been a week long project doing nothing but Spences. In addition to North Carolina, I made some changes in Scotland. One individual I considered the brother of my immigrant ancestor DAVID SPENCE (1639-1679) is now his first cousin.

This is what happens when I don’t look at a family line for years!

I’m disappointed that I had to exchange my Trumans. They were my connection to a distant cousin status with Harry S. Truman! So now, I’m connected with the BOOTHS, causing me to speculate on their possible connection with President Lincoln’s assassin. (I am already connected with a line of Booths on my father’s line, which may or may not connect with John Wilkes Booth, but I haven’t explored that as yet. Now that I have another Booth connection, I may get busy and look into it. And the Trumans aren’t that far away. After Esther Booth Spence died, James Spence married SARAH ELIZABETH TRUMAN (1673-1740)–Dorothy Truman’s sister!

Stepping back and looking at the whole thing, my new discoveries actually make sense! So in the end, I think I’m pleased! 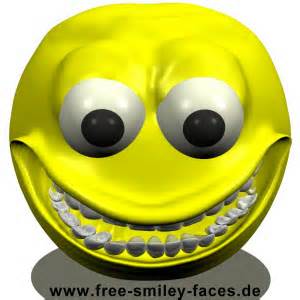