A Pisces, John E. Stillians was born February 27, 1857 in Woodbine, Jo Daviess County, Illinois to William M. Stillians, Jr. and Rachel E. Dilley. William Stillians was my second great grandfather and John is my great grand uncle and half brother of my great grandmother, Mary Elizabeth Stillians (Clay) (1849-1915). He would become Mary’s favorite brother (she and her sisters Sarah Jane and Agnes spoiled the dickens out of him)–and he would also become my grandmother, Adelia Viola Clay Inman’s favorite uncle! He would be the oldest surviving son of the Stillians-Dilley marriage. By 1870, the Stillians family moved from Woodbine and settled in North Branch, Guthrie County, Iowa. As a boy, John was trained as a carpenter by his uncle, Samuel Stillians (1817-1899) of Page County, Iowa. If astrology indicators can be believed, the following chart should describe John Stillians’ personality:

Affirmation:
I offer my love to all, but I am grounded (See: http://www.astrology.com.au/astrology/12-signs-of-the-zodiac/pisces.html) 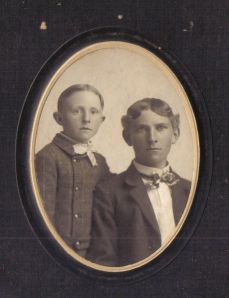 [Note to Self: If John Stillians were alive today, my Taurus side would get along quite well with him. But I was born on the cusp between Taurus and Gemini. Gemini could cause some problems! And as far as his spoiling sisters go, Mary was a Cancer, Agnes was a Taurus and Sarah Jane was an Aries! My grandmother was born on the cusp between Scorpio and Saggitarius. John’s father was a Capricorn. The two locked horns frequently!]

John was an experimenter and pursued a number of interests. He moved to Walsenburg, Colorado in 1880, where he worked in a carpenter shop, and he stayed in Colorado for several years. During that period of time, he performed in a circus.

About 1883 or 1884 he met his first wife, Marianna Augusta “Mamie” Pritchett (1868-1958). She was the daughter of Alexander Norman Pritchett (1842-1872) and Eunice Ann Adams (1850-1904). She was also a singer, a dancer, and an actress who was not about to give up her career! They were married June 24, 1886 in Pueblo, Colorado, and they relocated to Gainesville, Florida, where John became a partner in an architectural firm called McKeever & Stillians. While in Gainesville, he became a member of the local Masonic lodge, and he also became a member of the Sons of Temperance. Two children resulted from that marriage: John Alexander Stillians (1887-1968) and Margaret Anne “Maggie” Stillians (1889-1956). 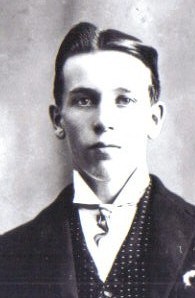 After their divorce in 1891, John returned to Iowa and settled in the town of Adair, where he opened his photography studio and where he met and married his second wife, Anna “Annie” Bachmann (1875-1893). She was the daughter of Caspar Peter Bachmann (1832-1876) and Anna Barbara Hamers (Lienhard) (1844-1891). They were married in Greenfield, Adair, Iowa on November 21, 1892. Annie died in childbirth in 1893, and the child died as well. John’s photography studio was an active business in Adair, Iowa from 1893 until the great Adair fire destroyed it August 6, 1894. By 1898, John and his children were in Dayton, Ohio, where John re-established his photography business. By 1899, he closed his photography business and returned to the life of a carpenter. He would remain a carpenter and a project manager the rest of his life.

In 1902 John relocated to the Oklahoma Territory, where he met and married a Native American by the name of Mary Shook. She died in childbirth in 1905.

In 1916, the family relocated to Port Arthur, Texas, where John became a project manager. From there, they moved to Beaumont, where John and Ada spent the rest of their lives.

John died in Beaumont July 14, 1929 of arteriosclerosis and according to his death certificate, he was buried in Magnolia Cemetery in Beaumont on July 15, 1929. There is no marker on his grave. His wife, Ada, has a marker on hers, so in all likelihood they are buried together.

One thought on “The Book of John”