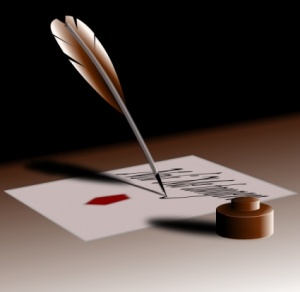 Learning a new technology can be a challenging experience–especially for one who is 70 years of age and who hates making changes. Actually, failure of the old technology caused me to seek out a new alternative. I see that I have a lot of bells and whistles here that I want to try all at once. As a result, this is my second attempt at writing my first post. I forgot to save the draft while exploring! To make a long story short, I had been publishing a blog on another platform for the past three years. When all of my pictures suddenly disappeared, I decided to seek a new alternative. For that reason, I am here!

2009 was a year of transition for me. I retired from teaching after a thirty-year experience. Suddenly, I had nothing to do. We took a couple of trips that year–the first, a train ride in Southern Colorado, and the second, a jaunt to Cripple Creek in the fall. We had another trip experience to Southern Colorado in 2010. Since then, we haven’t been anywhere–partially due to health reasons. Howard had heart surgery last year, and he also is now dealing with prostate cancer. I guess you could say that we traveled to and from the doctor the past three years, and we are about to do it again next week. Howard needs to see an opthamologist about his eyes.

In 2010, I started thinking about the bucket list I had been mentally creating over the years and realized that time was slipping by. I needed to focus on a project. This realization resulted in the publication of two books: The Sum Total: A Search for Levi Clay (1843-1917) and Jesse James (1847-1882) in 2010 and Rebel From Back Creek: James Byron Dean (1931-1955) in 2012. I’ve been working on my present project for more than a year due to a number of interruptions and frustrations: Chasing the Wild Bunch: One Woman’s Journey–Mary Margaret Dean-Inghram Stillians (1795-1866). My third great-grandmother has been a greater challenge than the other two efforts combined! And part of that frustration deals with technology.

I worked on the Stillians line years ago when I spent my free moments in libraries and in family history centers. When my classes ended, I would often visit the Denver Public Library or a local family history center, and stay there as long as I could. Reading microfilm makes me dizzy, so I often had to push away from the reader and stare away for a while. Then I would return to the reader and scroll away. I remember spending two summers reading newspaper microfilm while searching for my mother’s Spence line via interlibrary loan. The local librarian contacted the library in Carthage, Missouri. They would send two rolls of their microfilm, beginning with the earliest available rolls. I had two weeks to read the film at the library. The librarian would return the films, and the library in Missouri would send two more. I read the Carthage, Missouri newspapers from 1870 until 1930. Librarians don’t loan out old newspaper microfilms any longer. Unfortunately, a number of those have disappeared, so they discontinued the service. However, I learned a great deal of information the two summers I did that.

Mary’s name came up over twenty years ago when I received some genealogical notes from a cousin who had been doing genealogical research since the 1950s. Very little was known about her beyond her first name. Over the years I met Stillians relatives who offered an interesting variety of accounts. Some thought she was born in England. Some thought she was a Native American. Some thought she was Spanish. The one big clue concerning her identity was her oldest son: John Inghram Stillians and the fact that her maiden name may have been Inghram. From 1992 until 1998, I spent my summers in Pennsylvania, working on my doctorate. Howard went with me and whenever we could slip away, we toured several state archives and an untold number of cemeteries. Some of our cemetery experiences were on the frightening side. I remember wandering through the Rosehill Cemetery in Cumberland, Maryland when I found myself standing on the edge of an open grave with nothing around it. The dirt had even been removed. So they were getting ready for a funeral and did not give out a warning for someone like me who generally walks along without looking ahead! One more step, and I would have been in the bottom of that grave. The drop would have been significant. Another graveyard experience was more humorous than frightening. We were in Washington County, Pennsylvania, and we stopped on a country road. A cemetery was located at the side of the road that was buried in weeds. We could see the Smith name at the top of the stones. After debating whether we should venture there, we decided to slowly proceed forward. That’s when Howard jumped back. What did he see? A snake munching on a mouse at our feet! The snake was as startled as we were. It seized its lunch and made a mad dash for the woods. We made a mad dash for the car.

The advent of Rootsweb and Ancestry.com made genealogy easier, but they have also created some of the problems I have encountered while writing this third book. People have a tendancy to copy what they see without checking to see whether the information is valid. So if one person makes a mistake–that mistake is quickly manifested in thousands of trees. Fortunately, Ancestry has added many original records to the site and were it now for those records, I would still be standing at the crossroads, wondering which direction I should turn. One problem I have had in writing this book is that I will add information about a person. Then, I will stop and look at it and wonder “How can that be true?” Then, I have to return to Ancestry and unscramble a mess created by multiple copying. If I can’t find the records on the Internet, then I have to resort to finding copies of the records either in State Archives or Courthouses. By way of example, I was focusing on a fifth great-grandfather. It seemed as though everyone had a different idea about the identities of his children. So I conducted a regular search on the Web and found a place that copied estate files from courthouses in various locations around the country. The fee they charged was a fee well-spent. I needed estate files in Mercer County, Kentucky, and they had his estate file. So I acquired a copy of that file via the old fashioned method. Not only did they send copies of the original records, but they also transcribed the records! My problem was resolved and I could move forward with my book, realizing it takes a combination of old and new to complete this effort. And my tree on Ancestry is not only private, it is not on the public search. It is by no means complete, and I frequently go in there to make changes which are based on a new discovery made via original documents, and which are contrary to the information posted by others.

Now, I am about halfway through the second section of the book. (The book will have three sections.) The Holidays are upon us, so I will probably not work on it until after Christmas. There are times when I need to settle back and think about it without physically working on it. I’m in that mood at the moment, though I would like to finish the chapter I’m working on this weekend. Have two more individuals to write about, so I will probably go ahead and do that. The fact is this: I have made so many interesting and exciting discoveries while writing this book! But it will be late summer or early fall before I complete it (I think!)

And I finally completed my entry for the day! Hope I continue with this on a weekly basis. The platform doesn’t seem as complicated as I originally thought.